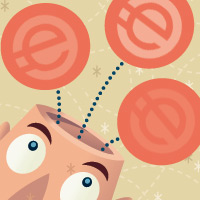 As we move forward with Empire Avenue, we have to make some hard decisions on what parts of the product we want to support. When we created Empire Avenue Communities, part of our reasoning was to allow people to gather together in groups, discover each other based on their interests and locations and participate in a global Empire Avenue Community.

What we have since discovered is that while Personal Communities have thrived (those created by and managed by an individual or few individuals), most of the City and Interest Communities have withered and died from spam, lack of ownership and lack of direction. Increasingly Empire Avenue is about your networks and the value your networks bring to you and others, and while City and Interest Communities worked when we first launched them, they no longer fit in the future we wish to build.

As such, we are announcing the removal of City and Interest Communities as of February 28th 2013.

Removing City and Interest Communities will allow us to concentrate our development and community building efforts on Personal Communities which have been created by individuals to support and bring value to their own networks.