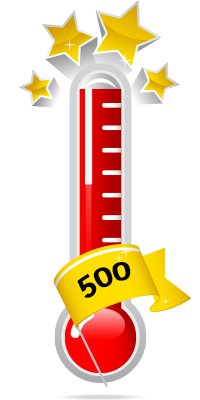 Congratulations! 500 EA Leaders have signed up and unlocked the Early Bird Bonus. That means EVERYBODY WINS!

EVERYONE ON EAV (including EARLY BIRDS) gets:
Choice of 300 Even More Desserts or 500,000 Eaves
3 people will win 10,000 Vees EACH
Special badge for everyone who claims Eaves or Dessert Gift
1 Extra Dividend Payment on Friday April 11th (after 5pm ET)

BEST OF ALL: You still have time to join the Early Bird Leaders AND get the bonus rewards.  Everyone who joins before 5pm (Eastern Time) Friday April 11th gets the Leader Package PLUS the Early Bird Bonus!

We'll award the prizes on Friday, April 11th after 5pm Eastern. Watch the Empire Avenue Community for details on how to claim your prize and enter to win 10,000 Vees.

Haven't signed up yet or know someone who should? It's easy! Just buy the Empire Avenue Leaders Upgrade. Buy before Friday April 11th and you'll get over $1,600 of game rewards for just $100. Tell your friends!