On the Nature of Marketing & Digital Cow Pies #EAv-Blogathon

Every so often I have one of those days where I really feel like I’m “on it” when it comes to taking pictures. Granted I still have a lot to learn and I’ve only been doing it a couple months, but even still, every now and then I get a shot that I am just super proud of and want to share with the world. That brings me to what I’m gonna ramble about for the rest of this post:

If you were to ask some number of bloggers or marketing people they would likely tell you the best way to make a name for yourself, aside from just doing good work, is to utilize social media in some fashion or another. As you can tell by the top left of the page, I use a bunch of social networks. For the most part though, my social media use is fairly selfish. It’s how I find information, hear opposing viewpoints, keep in touch with people. Largely, I use it for the same reason as most everyone else. The other thing I do with it is post the work I’ve done. As of late I’ve found myself at a point in which I have wondered if I could better utilize those networks as a way to promote myself (more so than I already do, as I do post occasionally about such things). My concern however I think is of grave importance: I don’t want to be one of “those” people. 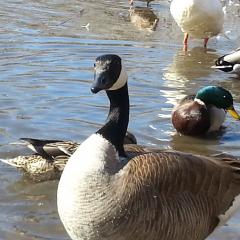 You can read more of Earthquake Photography's blog post here