6 Qualities of Content That Gets Socially Shared and Goes Viral

Who doesn’t like shares and retweets? They’re addictive, they spread the word about your brand or website and they’re free promotion. But unfortunately, they aren’t very easy to get, especially given how crowded and noisy the web has become. Even as you read this, hundreds of posts are being published and thousands of updates are being posted on your favorite social media channels and you are probably going to miss out on most of them (that doesn’t mean you should close this and go back to your social streams).

The point I am trying to make is that getting your content promoted on social media has gotten tougher, especially the free aspect of it. Gone are the days when you could put up something interesting and you’d get tons of engagement on it. Now you really need to invest time and effort into making a return. But all is still not lost, which is why we’re going to look at 6 qualities of content that gets socially shared and goes viral. 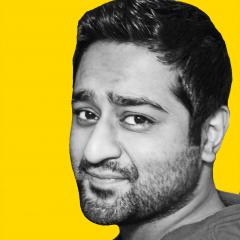 Hunain is a Professional Content Developer, experienced in Copywriting, Content Marketing, Editing, Blogging, Graphic Design and WordPress and can be found on Empire Avenue