Costs Associates with Purchase and Sales of Stock in Empire.Kred #BlogAThon Entry EKB10/11/12

The tenth , 11th and twelfth entries in Blogathon 2015 are from Joseph L Rosenberg CPA from  Florham Park  , a member of Empire.Kred since April 2015 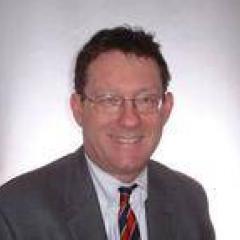 Entry EKB10 Costs Associates with Purchase and Sales of Stock in Empire.Kred

Empire.kred is a virtual stock market game. In this article I will discuss issues associated with the purchase and sale of shares.
A member's profile at empire.kred starts upon signing up at the site with a share price of 10. Over the next six days only up to 400 shares can be acquired by another player. On the seventh day the 400 share limit is removed and a player can acquire additional shares, also known as a bigger piece of the pie. The acquirer must either pay real money or eaves to increase their limit in 100 share increments up to 5,500 shares. The cost to acquire a bigger piece of the pie increases, too.

Entry EKB11 When to Sell Shares on Empire.Kred

Empire.kred is a virtual stock market game . In this article I will discuss when to sell shares.
Some players hardly ever sell. They might be long term players who have amassed hundreds of millions of eaves or even more, and have nowhere to deploy these assets, due to the limit on shares one can own, and the limited number of active players for whom there is an active market. Others have acquired many shares without paying eaves for them, through gift or invest missions by players who offer shares to others to increase the value of their shares in the market.   While there is no prohibition on selling such shares, many in the community frown on individuals selling freely acquired shares. But free players have no way of knowing when they look at their share holdings whether they acquired shares via purchase, gift or investment. Perhaps empire.kred can issue two classes of shares- restricted stock and unrestricted stock. Restricted stock can still earn dividends and be valued at full value ( or even discounted for limits on sale). Consideration can be made to increase the sales commission on restricted shares sold.

Empire.kred is a virtual stock market game. This article discusses missions on empire.kred.
There are three types of missions.Invest missions enable an individual to offer free shares in their stock. Gift missions enable an individual to offer free eaves that can be used  by the acquirer. The remaining types of missions offer eaves in exchange for doing something, such as visiting someone's twitter, utube or other social media sites. Sometimes they require people to engage by liking, retweeting or performing other affirmative activity in exchange for eaves.