And the Food Fight Winners are....

I, Sir Rudiger, have been busily pushing the beads around on my abacus while staring at

the moon and dodging Moon Pies. Why, you might ask? Because we were tabulating the results of our team competition!

Before I get to that, I must say that the energy was incredible and some of the taunting and cheering messages were great! I am still disappointed that there were no nuts thrown, as there's really nothing I like better than snatching nuts out of the air!

Each member of the winning team received the rare custom achievement shown below. In addition, investment missions and other recognition will be heaped upon the victors. And of course they have absolute bragging rights, at least until the NEXT Great Food Fight!

We collected data in several categories... ranking acquisition of food items, how many thrown, how many received, and how many total achievements for members of each team during the food fight time frame. This was carefully weighted so that participation of all kinds, at all levels was counted. Every team did well in at least one of the categories, so regardless of the final order, every team should be proud of their accomplishments!

Members of the blue team received this special achievement: 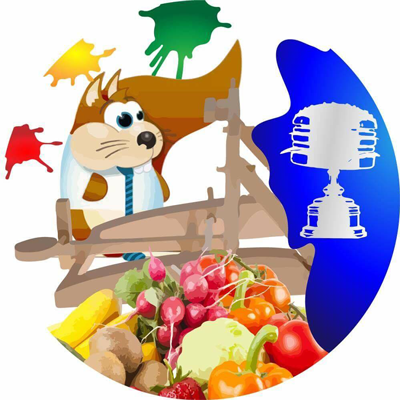 Thanks again to everyone! Every one of you is a winner in Sir Rudiger's book!